The Unforgettable Night At The Lisboa Bus Station

I’ve been meaning to write this blog post for a really long time! This one’s about the most fun night on the trip. Well, I can reassuringly say that today, months later.

It was our last night of the 50 days trip.  There was so much we wanted to check out in Lisbon. We were to catch an overnight train from Lisbon Train Station, which would take us to Madrid the next morning. Later at night, we had a flight to catch to head back home. Was it the end of this adventure? Too early to have thought so.

On our last day in Lisbon, we had portions to finish shooting in city and we tried wrapping up as fast as we could at the Belem Tower. We headed back to our hostel on the other side of the city, but the tram was too slow and we still had some packing pending (mainly food) before we left for the train station.

Call it miscommunication or co-incidence, we were late to reach our hostel and the first available bus wasn’t the most punctual one on that very day.

We reached the train station at sharp 9:34 PM for a train that was scheduled to depart at 9:30 PM.

When we reached the platform, hoping for a miracle we were actually told by a passenger on the platform that the train had probably not arrived yet. The signboard still showed the train as Scheduled. The confusion continued for a while.

As you must have already guessed,

WE MISSED THE TRAIN.

WE HAD NO ACCOMODATION ARRANGEMENTS FOR THE NIGHT.

THERE WAS ONLY ONE TRAIN BETWEEN LISBON-MADRID EVERYDAY. WE HAD MISSED IT.

By the time we recovered from what was happening, the buses that went to Spain had left already. The route between Lisbon and Madrid was a tricky one. There was only one train between the two, of course there were flights and there were buses, which would take all day.

THE NIGHT BUSES TO SPAIN HAD LEFT, BARRING ONE.

WE HAD 5 MINUTES TO TAKE A CALL IF WE COULD BOARD THAT BUS.

WE HAD NO MONEY!

And we bid farewell to that bus too!

Along with all the other troubles, we needed to figure how to get to Madrid in time to board our flight?
There were buses, which left in the morning and reached around 7:30-8. But that would’ve been risky again since we needed to reach the airport 3 hours prior.

• We’d have to reschedule our flight
• Find another accommodation in the city
• Figure a way to deal with how broke we were! 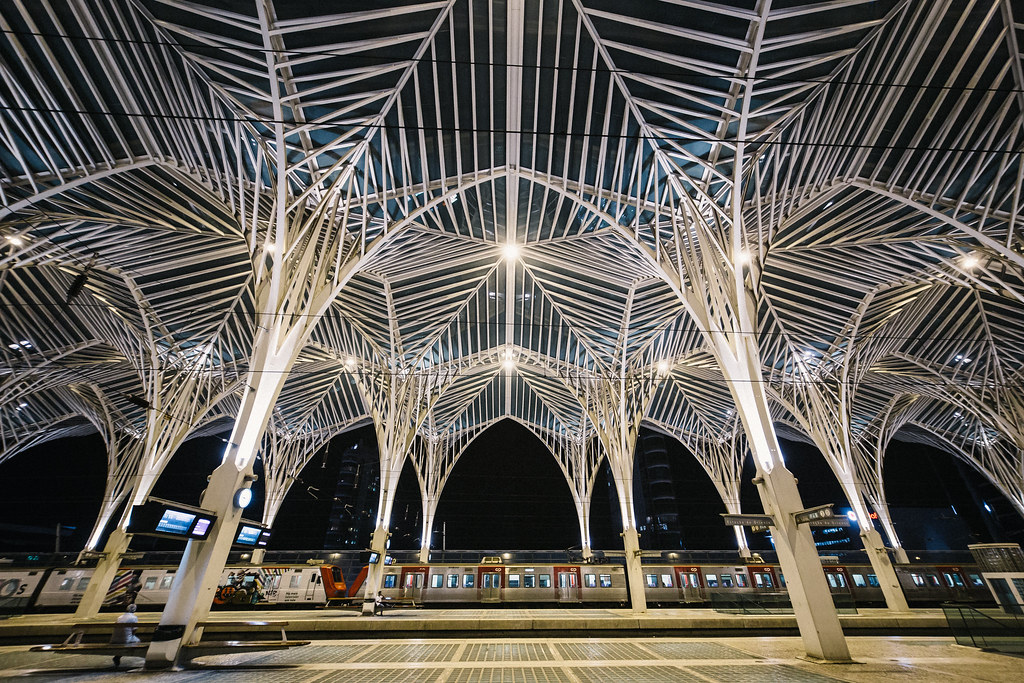 Yes, we did consider taking a taxi to Seville. But that meant spending 400 euros. So skip that bit of discussion!
All this time spent in discussion and speculation, we sat in the office of a Bus Operating company, which eventually shut around midnight. Fortunately, the train station and bus station were in the same premise. We spent some time on the benches, some in the waiting room, some roaming around.

All About The Night

We found a bus that left at 9 in the morning and reached Madrid at 6 in the evening. This was the risk we were willing to take. But tickets? We had no cash. We wanted to be sure we had tickets to this one before we let go the other buses too!

It was past 3 AM in India. We did not wish to scare anyone. So Darshanaa tried calling her friend in US to book our tickets. When that didn’t happen, she called her sister to do the same in Canada and well, around 4AM (Portugal Time), our tickets from Lisbon (Portugal) to Madrid (Spain) were booked from Canada so that we could take a flight from Madrid to Mumbai (India).

In case that wasn’t crazy enough, we had nowhere to go at that time of the night. We couldn’t sit at the waiting area, there were a bunch of creeps around. When we went to the place where people relaxed at the station, we found it to be full of suspicious people. We literally had chills down our spine looking at the range of people around.

Finally, we found a corner where we could settle with our bags for a few hours. It was cold and we reached out for blankets. It was Wai-Wai and some cooked potatoes that rescued us that night. (Okay, not really!)
I possibly cannot explain the range of emotions that we had to go through that night! A night at the bus/train station in Lisbon was practically the last item ever on our bucketlist! But then what good is a journey without some adventure?

We did survive that night, that cold, that anxiety! With sunrise, we headed back to the waiting area. We were at least assured that we had tickets to head back to Madrid.

A road trip perhaps was all that was on the cards as opposed to our plans of chilling in Madrid before heading home!
In case you’re wondering, there on, everything went on as per the time and we comfortably made it to our flight!