10 Things to do in Berlin, Germany

Berlin represents a confluence of various cultures and ethnicities that develop a cosmopolitan vibe in the city.

To begin with, Berlin is the ‘Party Capital’ of Europe and home to growing music scene. Round the year, Berlin witnesses some of the top music artists from across the world performing in the city and wooing the young crowds. Particularly the house music scene is up and beat on the rise in Berlin.

But this is not all that Berlin has to offer, especially for tourists and first-time visitors. One of the best parts of visiting Berlin is the range of offerings that the city has in store for all. You could be a history lover or football lover, you could have a passion for food, music, art or architecture and there is not one that the German capital will disappoint you.

Another notable aspect of Berlin is its dedication to art and design. Berlin is considered boasts of some impressive landscapes that highlight the various aspects of the city’s structures, open spaces, and love for design.

We spent 3 days in Berlin on our recent trip to Germany.  And our first impressions of Berlin was promising!

Here’s a list of what we enjoyed, loved and missed out on in Berlin.

Things To Do In Berlin, Germany

Berlin’s most exquisite spots are none other than the U-Bahnoffs (train stations). Showcasing the city’s love for art and architecture, every station on the route in Berlin is decked up with a different design and decor. Each creating an ardent impact on the minds of the visitors.

There is no better way to understand the local flavor than to try the local favorite foods. A food tour in Berlin is a must. The confluence of cultures that I mentioned about earlier comes through easily through the food. Be it the shawarma or the currywurst it’s in and about the city. We took a tour with Secret Food Tours Berlin and it was all worth the time and money.

If you wish to understand the importance of ‘Currywurst’ in German society, you could consider visiting The Currywurst Museum in Berlin.

Beer is the most German thing to have in Berlin and there are enough local beers to try a new one each time you want to drink.

The impact of Berlin’s stained past has not been washed off. The anger, the rebellion and the angry citizens are very much there. But their real sentiment is mostly projected through the many street arts and gravities on walls across the city (especially in East Berlin). Just keep your eyes open and look around while exploring the city. You’re bound to come across many gorgeous looking pieces of art painted across walls with a message.

A 1316m long wall continues to stand tall as a remnant of the Berlin Wall. Today, it is an open gallery with a series of murals, street graffiti painted across the wall.  These paintings represent the sentiments of the locals and tourists alike with a new discovery each time. You will find these walls filled with artworks related to political messaging, social messaging and celebration of people and ideologies. It is one of the most popular monuments across Berlin. The wall today is the symbol of freedom.

A post shared by Travel With Awara Diaries (@awaradiaries)

The Berlin Fernsehturm or the Berlin TV Tower is one of the most popular monuments in the city and can be seen from a distance. Many travelers consider a trip on top of the tower debatable. But if you’ve already seen the beauty of the train stations in Berlin, at the top of the Fernsehturm you will find a detailed history of every station. All that complimented by a semi-panoramic view of Berlin.

Alexander Platz is considered to be the biggest and the most happening square in Berlin. Located in the Mitte, Alexander Platz over the many years has been witness to many historical and contemporary moments. Today, it is not just the transport hub of the city, but also a great place to shop, eat or go sight-seeing with all key attractions being extremely close to this square.

Alexander Platz is also the spot for many Christmas markets in the city, and the celebrations in Berlin are particularly big for this one.

The Brandenburg Gate is an 18th-century gate constructed on the orders of King Frederick William II in 1791 as a mark of the temporary restoration of order in the Batavia Revolution. The Brandenburg Gate was built in the place of a city gate to Berlin. However, over the years, it has become the most symbolic monument in the German capital city. Today it stands for the unity and peace of Germany and the European Union. 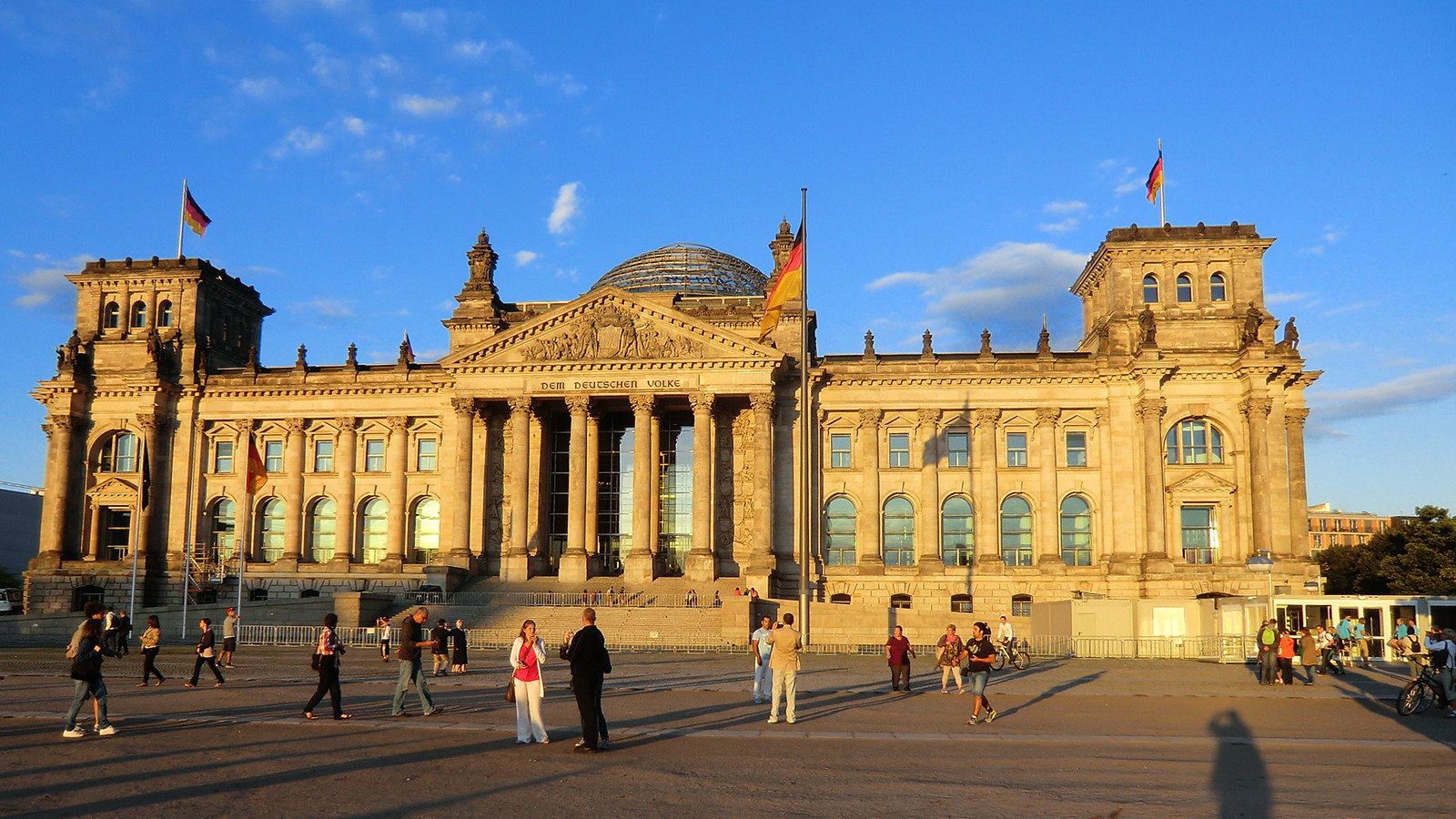 Reichstag, meaning the Imperial Diet was the parliament of the German Empire from 1894 to 1933. In 1933, during Hitler’s reign, the building was set to fire and was severely damaged. It was renovated and open to house unified Germany’s parliament in 1999.

This building has been a silent witness to the painful history of Germany and its modern-day transformation. It is open to tourists and there are a variety of tours available to explore this integral historic building in German history.

The Reichstag with its glass dome roof offers the best view of Berlin. In case you’re on limited time in Berlin, make this spot your priority to explore. 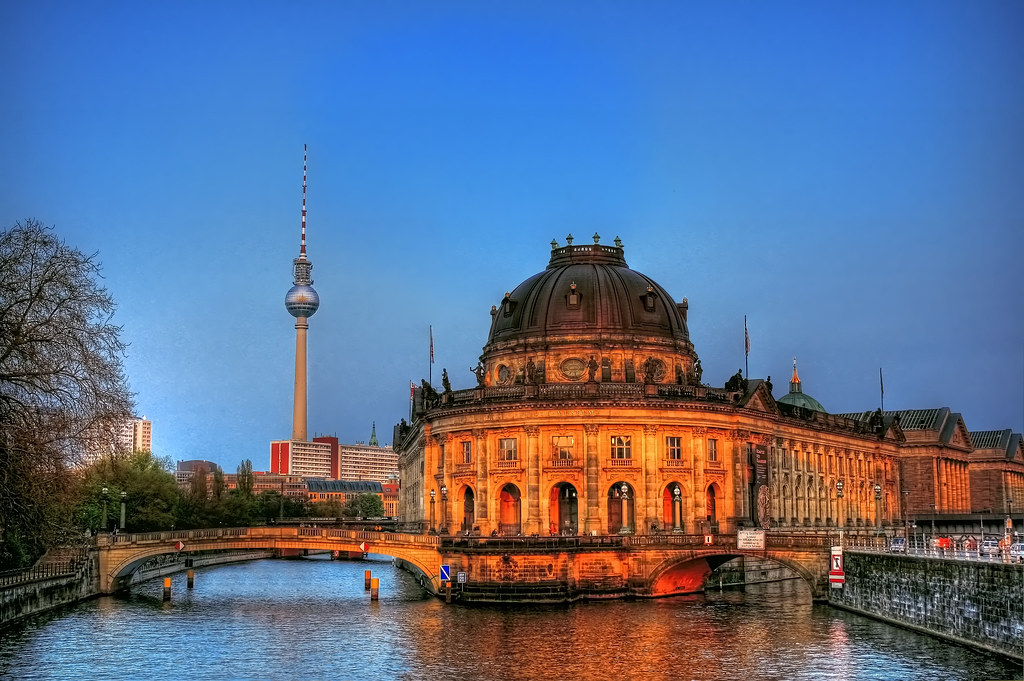 Berlin’s Mitte district has the famous Museum Island which is also a UNESCO world heritage site. The Museum Island has 5 islands that form a part of Berlin’s illustrious list of museums.

Bonus: You can also take a day trip to Potsdam from Berlin.

The German capital, Berlin is a big city. But it is very well accessible thanks to the fine transport system that keeps the city going.

You can commute in buses, trams, and metros to get from one point to another. Then there are also options such as cabs, Uber, etc.

It’s the metro stations that will win you over where their décor and aesthetics.

But you’ll be more than fine commuting around Berlin while exploring it.

If you intend to explore Berlin at lengths, I would highly recommend that yo

u get yourself a Berlin City Card. The city card comes with a whole range of benefits including discounts, free transportation across the city (public transport), free entry to some of the major attractions.

The Berlin Card is available with a validity of 24/ 48/ 72 hours and well worth the buck!

Almost everyone we know who has visited Berlin has fallen in love with the city! We were no exceptions. We’ve only managed to explore the surface so far. But there is so much more to Berlin than what meets the eye. There are so many colors, so many tastes, so many aspects of Berlin that can be explored as per one’s taste.

Berlin is always a good idea & we’re looking forward to exploring Berlin again in near future!

We’d like to thank Visit Berlin for their warmth and support during our trip to this wonderful city!

Please Note: Our experiences mentioned on this blog are unbiased and true to the word.

48 Hours In Hamburg – The Complete Guide